Getting something off my chest 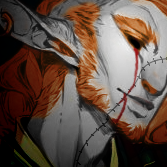