How Can An Extra Deck Be Obvious? 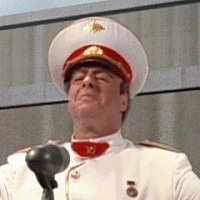 This is something I am not understanding in the Your Deck forum.
Sometimes, a user will not post the contents of the Extra Deck, and when inquired about the Extra Deck, they say it's "obvious".
Why and how?
Not all cards that can go into an Extra Deck can fill a specific Extra Deck, and staples only go so far.
And why not include an essential part of a deck in the description of that deck?
It just baffles me.

11 answers to this question